This image association project draws upon the notion of the creative spark: of how a certain image can lead to a new image. It is like a word association game, or the telephone game, as messages are passed along through various peoples’ interpretations. This project is about the transmission of ideas and images, as the chain goes through the minds and hands of many people, morphing and changing, but somehow linked.

For this work, Rath employed the technique of drawing into the bottom of a styrofoam plate, since it provides a distinct simplified image. It also carries connotations of passing around food at a picnic or potluck event, food often made by the participants themselves.

Rath produced the initial image of a spark, and passed it on to the first artist. Instructions were to make a sketch of an image, or provide a found image, based on what came to mind as a springboard from the received image. It can of course be logically connected or a complete non sequitur, depending on how the artist’s brain was working at that moment. The image was then returned to Rath, to be recreated into a styrofoam plate print. Then it was passed on to the next person. Rath cycled himself in approximately every 4th or 5th image or so. Several artists got to participate more than once, which they found quite interesting to see how the image had changed since their previous involvement. It was an exercise in releasing any expectation in where the image might lead to, developing instead an element of wonder of evolution. 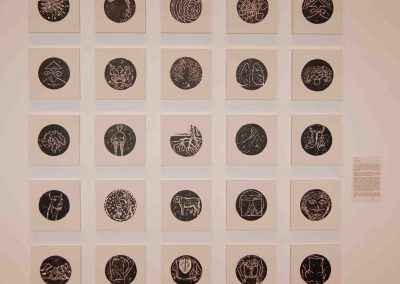 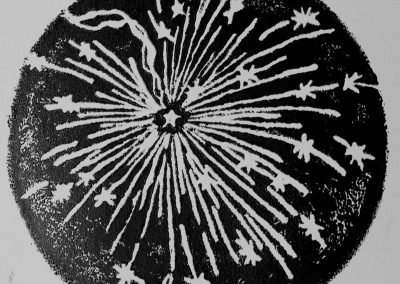 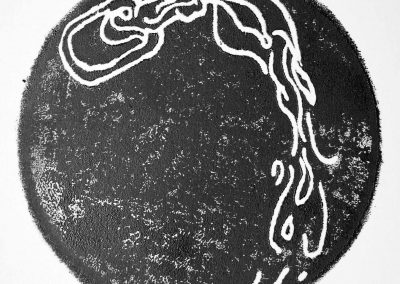 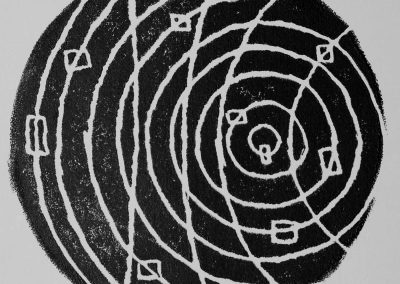 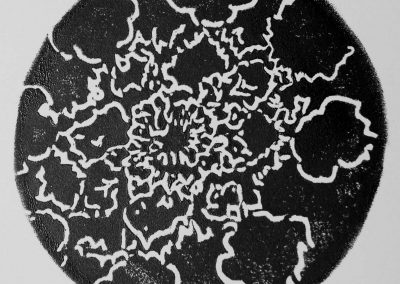 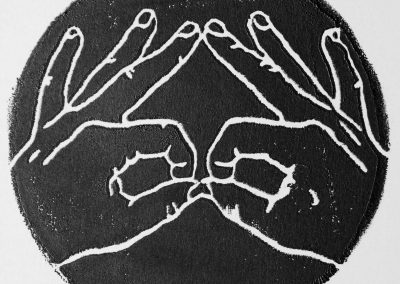 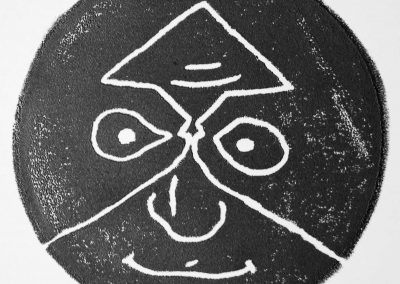 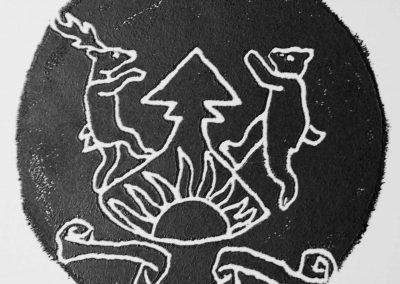 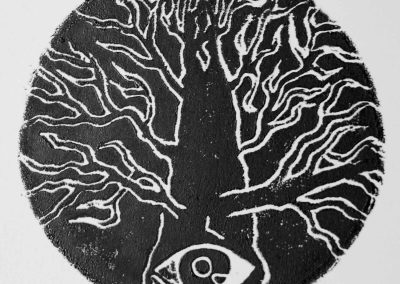 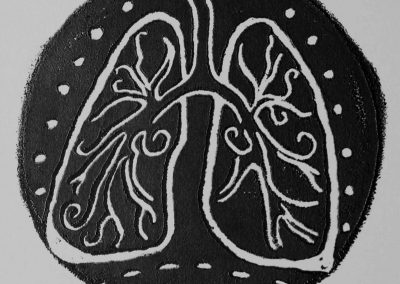 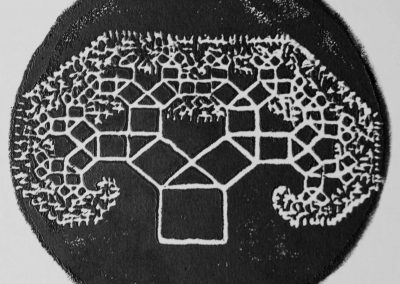 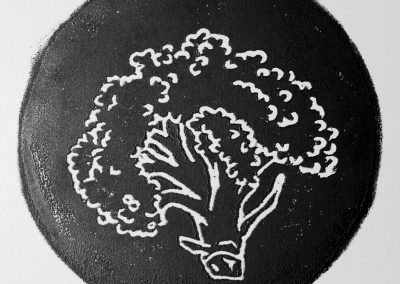 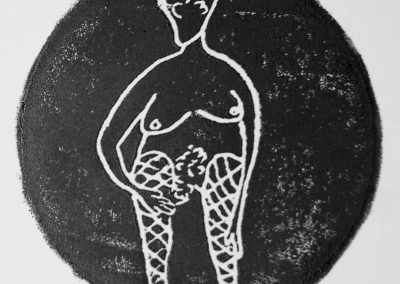 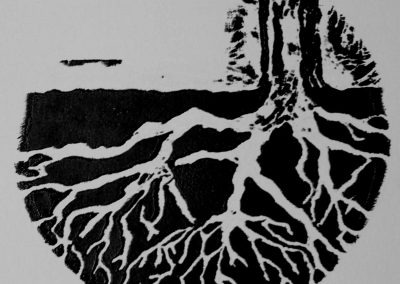 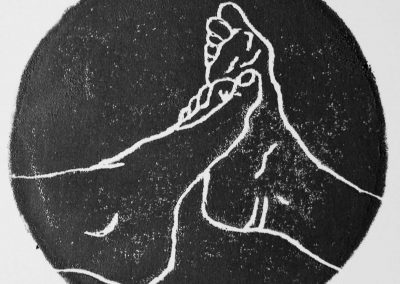 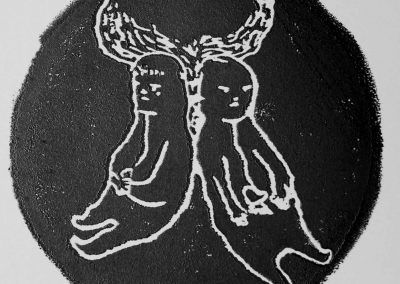 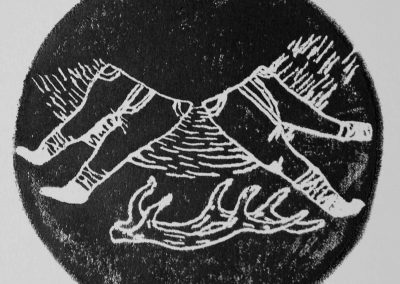 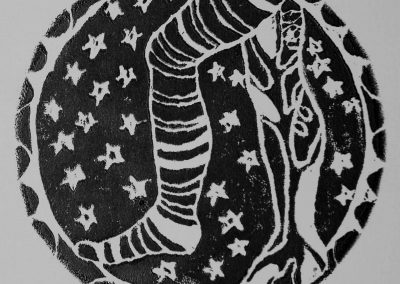 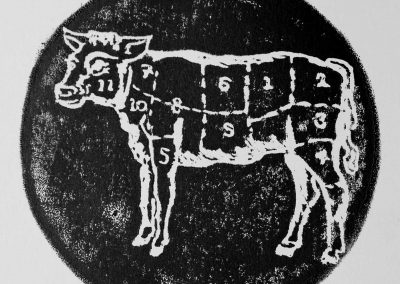 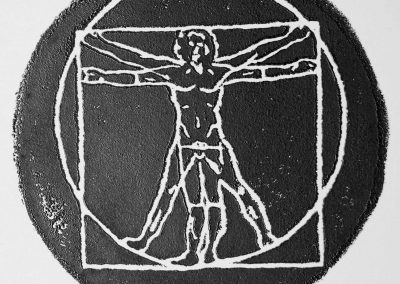 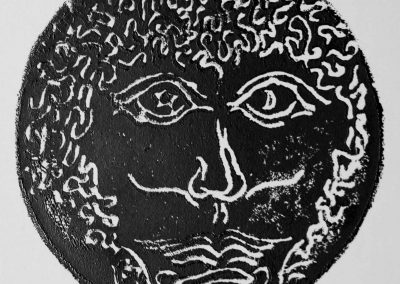 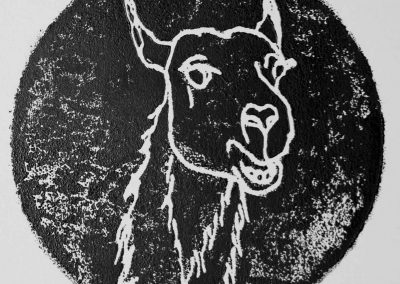 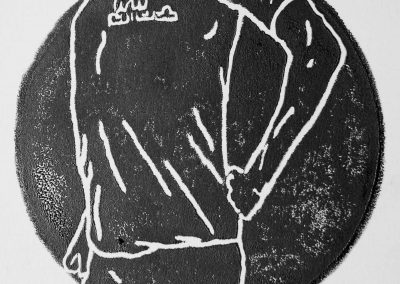 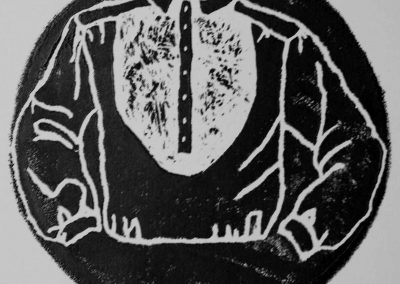 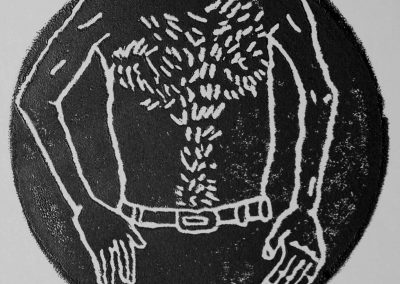 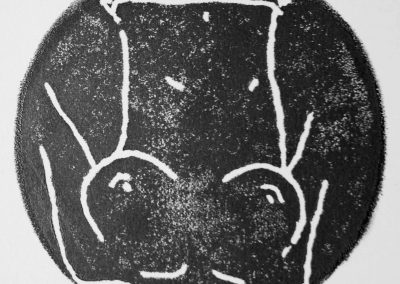