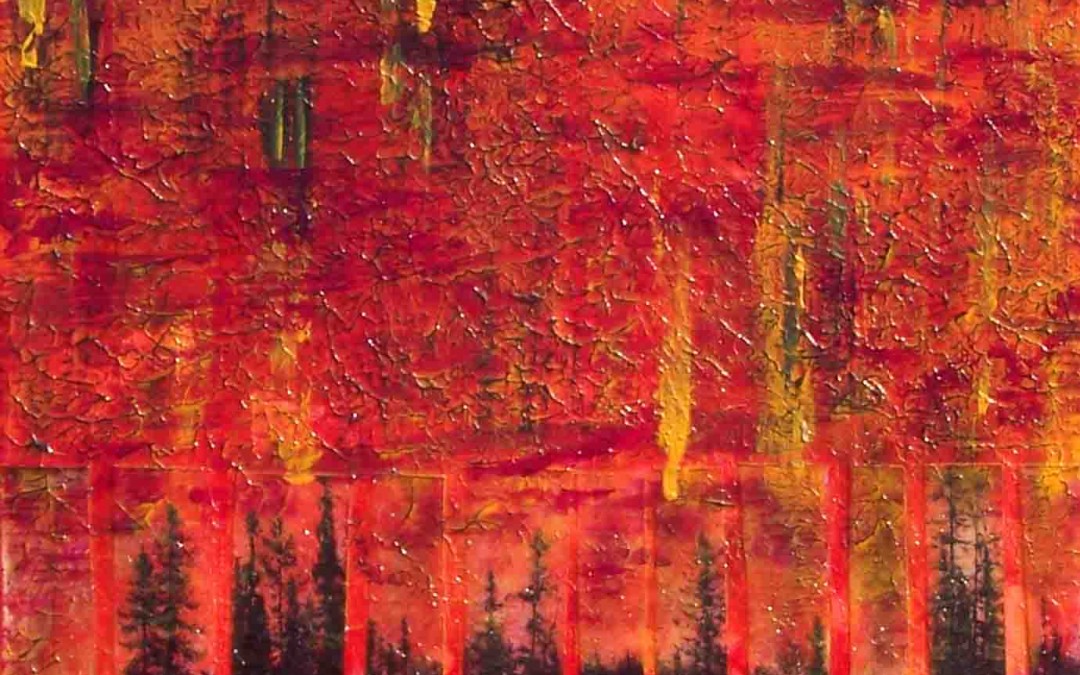 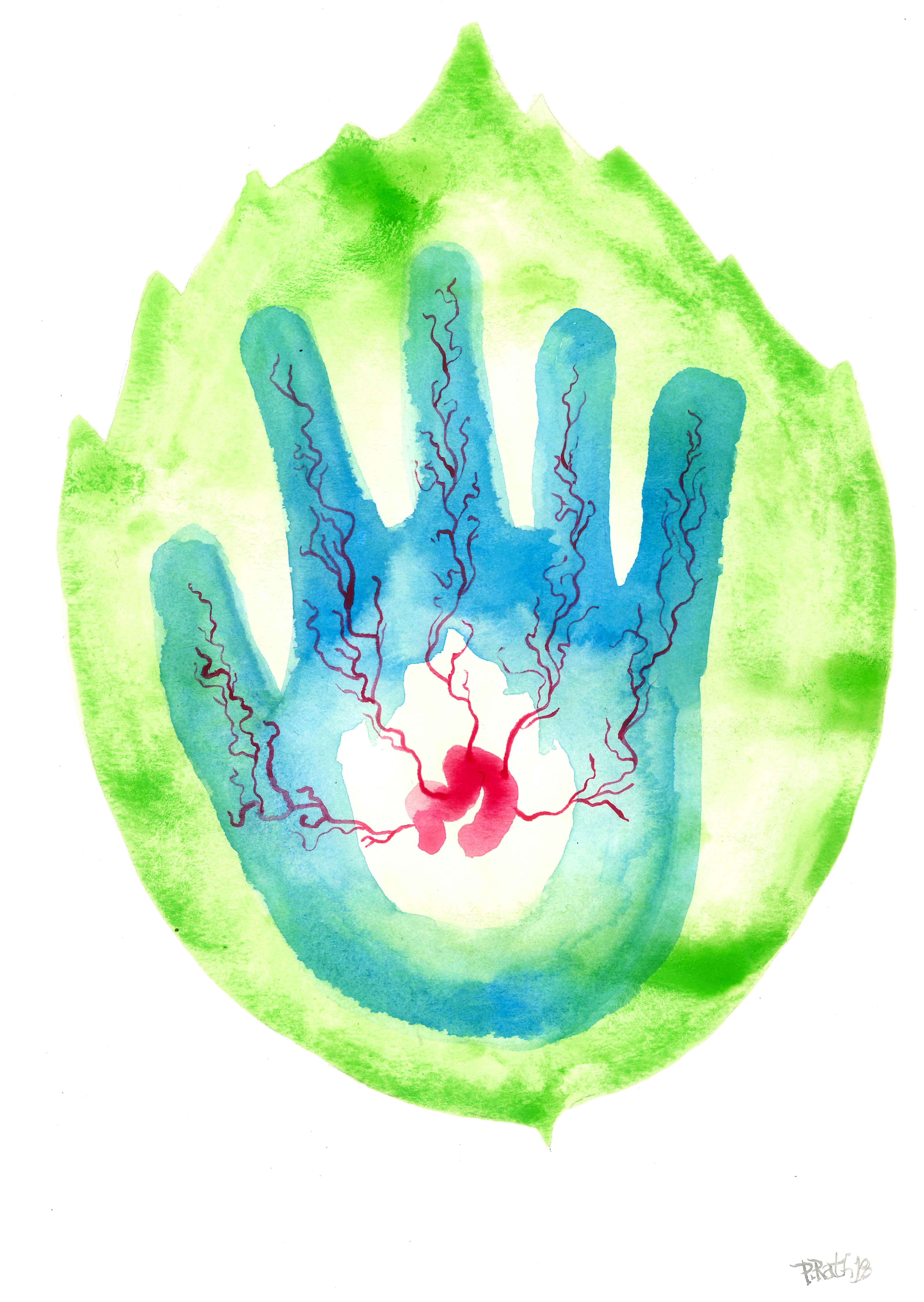 Our province is dealing with the terrible situation of forest fires all over.  People, territories, sky, trees, wildlife, homes … everything is being devastated.  Here in Smithers, we have been very fortunate.  No nearby fires threaten us, and the direction of the wind means that we have been spared the horribly smokey pitch-black skies that other places have.  We’ve only had a couple of days that we couldn’t see the mountains around us.  Many families are in peril, having lost everything.

I send an offering of art to help with solastalgia and anxiety over the catastrophies affecting us all.  If you’re not familiar with the word solastalgia, it means the pain, suffering and distress caused by shocking environmental loss and change for the worse. My wife knew it from her work with children in environmental education references. When we were preparing our statements to speak out against the Northern Gateway Pipeline at the Review Panel hearings a number of years ago now, she used this word then. 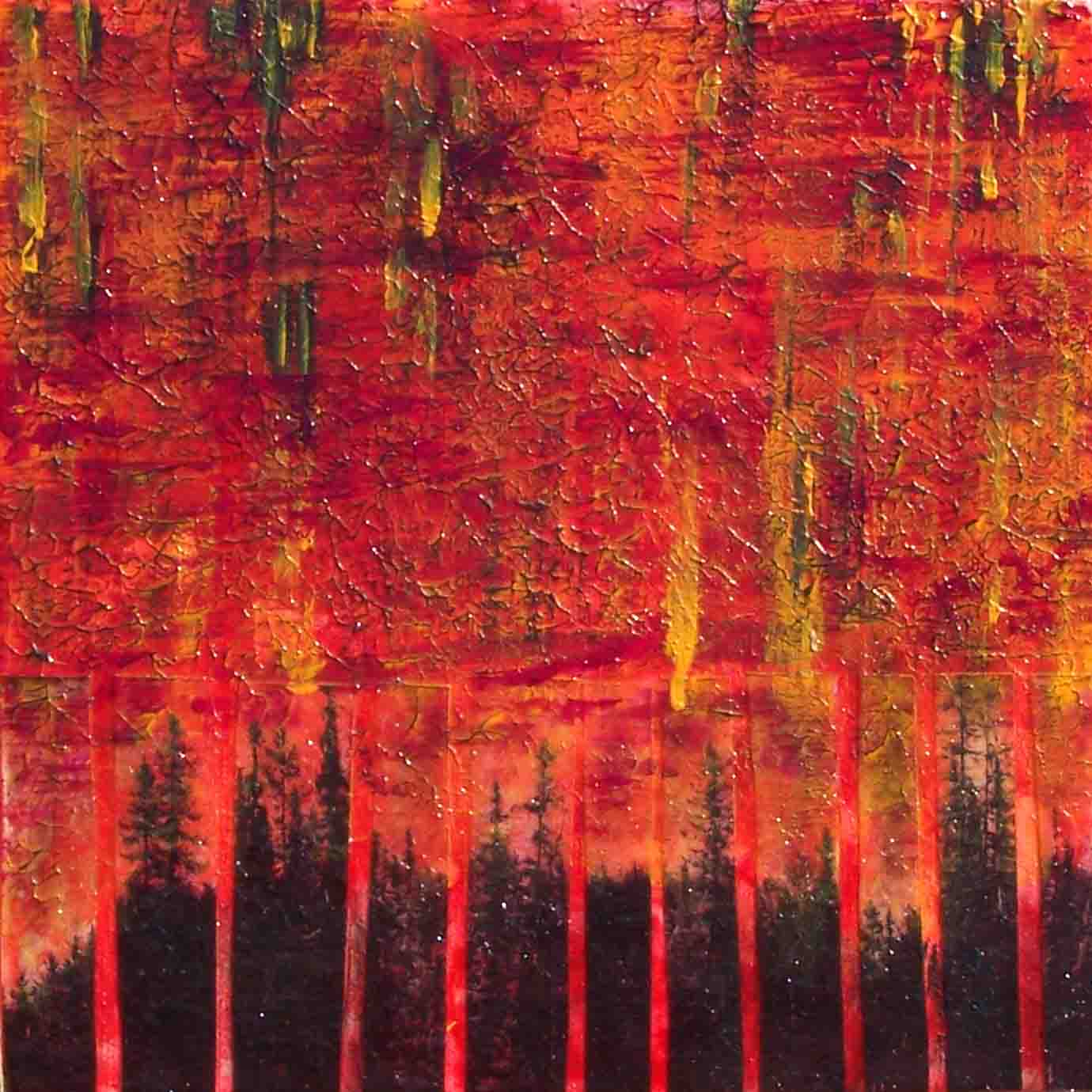 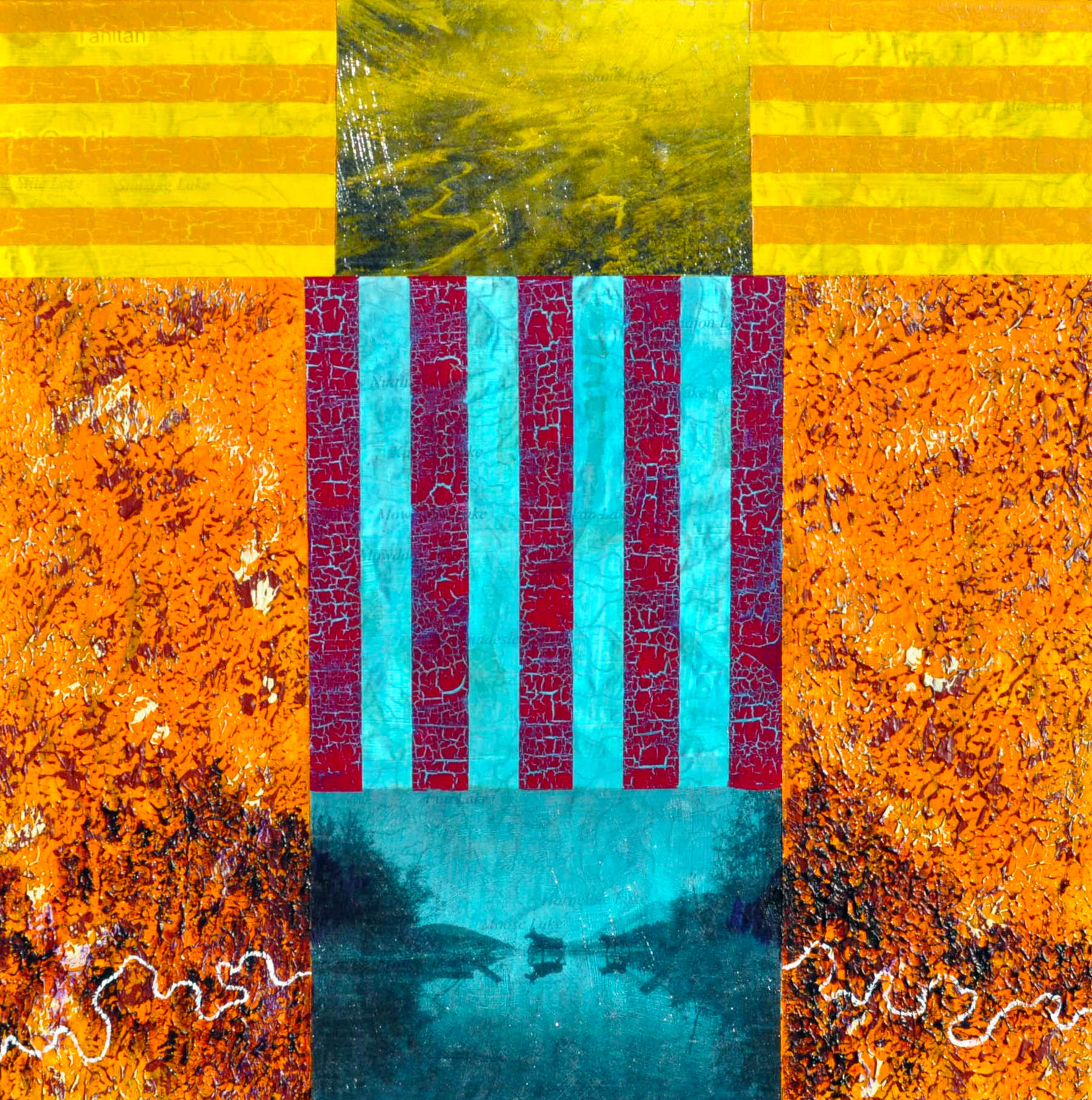 The top image is a watercolour from my recent Field Notes series, currently on view in Germany, in a city called Bad Breisig on the Rhine River. It is part of a collection that will spend the next year touring cities by rivers in Germany. More on that in a future post.

The image above left is Edge of Vision, which I painted in 2005.  The image above to the right is Habitat, from 2015, which I painted (and using photographs with permission from Paul Colangelo) for an exhibition about the Sacred Headwaters, the area in Tahltan Territory where the magnificent salmon-bearing rivers the Nass, Skeena and Stikine find their source. It is an important basin rich in wildlife and heritage.  Right now, it is being ravaged by wildfires, and the village of Telegraph Creek sustained much damage.

It is truly apocalyptic out there in many places right now.  The raging fires seem to be a fierce aspect of some complex systems in our world.

I send my prayers for rain, for the fires to subside, for the land and people and animals to return and heal.